The Information Technologies Chief Specialist at «Zaporizhstal» PJSC Sergii Fedchun is declared to be the winner in the Eighth Annual Contest for IT-Directors of Ukraine, the BEST CIO (Chief Information Officer) 2015, among the enterprises of mining and metals sector.

The VIII All-Ukrainian Contest of IT-Directors, the BEST CIO 2015, is held by «Computer Survey» web-resource under support of the leading multinational corporations in IT sphere. The Contest is aimed on determining the most professional IT-Managers, who achieved last year the greatest success in development of the informational technologies at the Ukrainian enterprises. 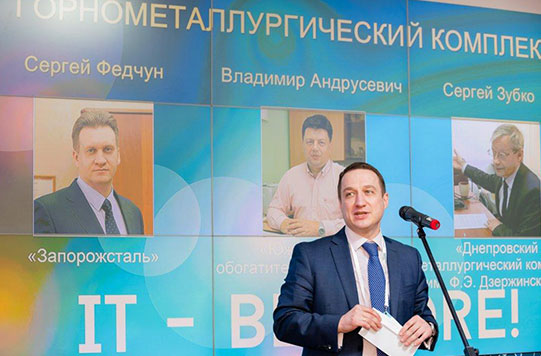 Jury of BEST CIO 2015 determined the winners in the following categories: metallurgy and mining and metals industry; retail trade; insurance; second and third tier banks; top banks; mechanical and tool engineering; food staff industry; power and fuel complex; industrial agriculture. Within the contest, the jury made an estimation of the finished state of IT- infrastructure of the organizations and enterprises of Ukraine. In such a case, the decisive factors for choosing the winners are the participants’ professional qualities, premising them to lead their enterprises out to the market leaders. 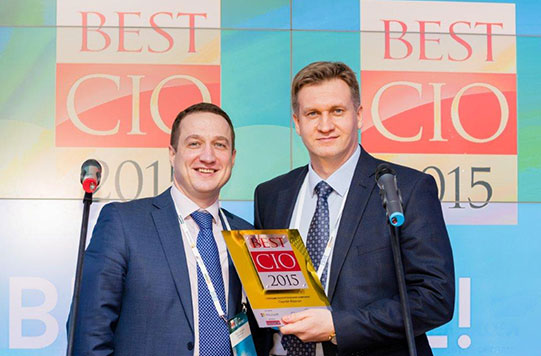 In 2015, IT-service of «Zaporizhstal» PJSC initiated and realized about 50 large projects in IT-area of focus. Particularly, in 2015, a Works’ single domain was made at «Zaporizhstal» PJSC, which united about 10 thousand users and about 4.,5 thousand of automated work places. Besides, a project was implemented at «Zaporizhstal» PJSC, which in on-line mode permits to control situation as a whole at the Works as well as to control the processes in the main shops, to get an information on operation and equipment condition, on current products production cost, on fulfilment of the planned targets, on shipment, on power resources rate and on a number of other items.