On the 5th of May, 2017, within the ecological promotional action named «Let’s Save the Dnieper Together!» for the pupils from ten schools of Zaporozhye city, an ecological quest had been made at the territory of Khortytsya island. 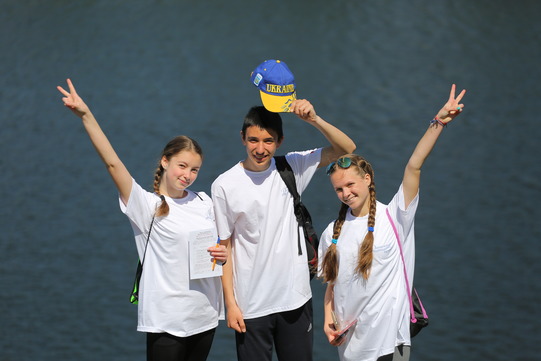 This ecological action had already been held for the sixth time upon the initiative of «Zaporizhstal» PJSC. Within the quest, the school-children overcame the route of 2.5 km length along the Northern embankment of is. Khortytsya. In the course of the ecological quest, the school-children fulfilled the task for knowledge of exotic species of herbs and birds, passed labyrinth, which imitated the way of fish getting in fishing net, found the historical redoubts of XVIII century, took part in netting of the artificial spawning grounds and in other different contests. As a home task, the pupils made birdhouses for birds and gifted them to the Khortytsya National Academy of Education and Rehabilitation. 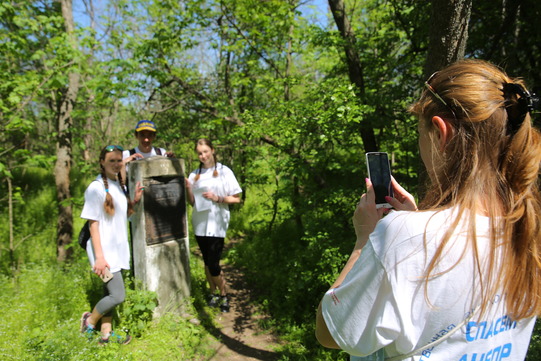 The complex of those events was directed towards improvement of the ecological situation at the reserved area as well as towards familiarizing the younger generation with large-scale projects that have the main target of preserving nature of motherland.

Based on the results of participation in the quest, the winning teams were identified. The first place was taken by the students of the ZUVK “Zaporizhzhya Sich”, the second place is occupied by the schoolchildren from comprehensive school No. 49, the third place – by the schoolchildren of school No. 42. The winners received a gift from the Works: an MFD, a digital microscope and a set of microphones. The rest of the participants were honored with memorable gifts. 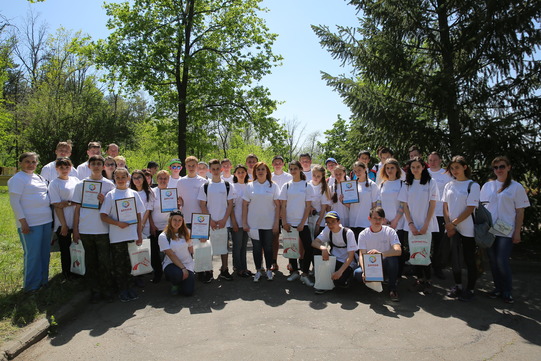 Cooperation and assistance in organizing of this event was provided by the specialists of the national reserve area “Khortytsya”, the Zaporizhzhya regional organization of the Ukrainian Fishing and Hunting Society, and the Khortytsya National Academy of Education and Rehabilitation.

On May 6, 2017, within the ecological promotion action “Let’s Save the Dnieper Together!” the installation of 1200 artificial spawning grounds for fish will take place.

Let us remind you, that in just six years of the large-scale environmental action “Let’s Save the Dnieper Together!”, more than 6300 representatives of public organizations and not indifferent inhabitants of the city took part in it. More than 600 oak seedlings were planted on the territory of the Khortytsya national reserve, and more than 5000 artificial spawning grounds for fish were replenished with the Dnieper River. Also, every year at the end of autumn, stocking with different fish specimens takes place.