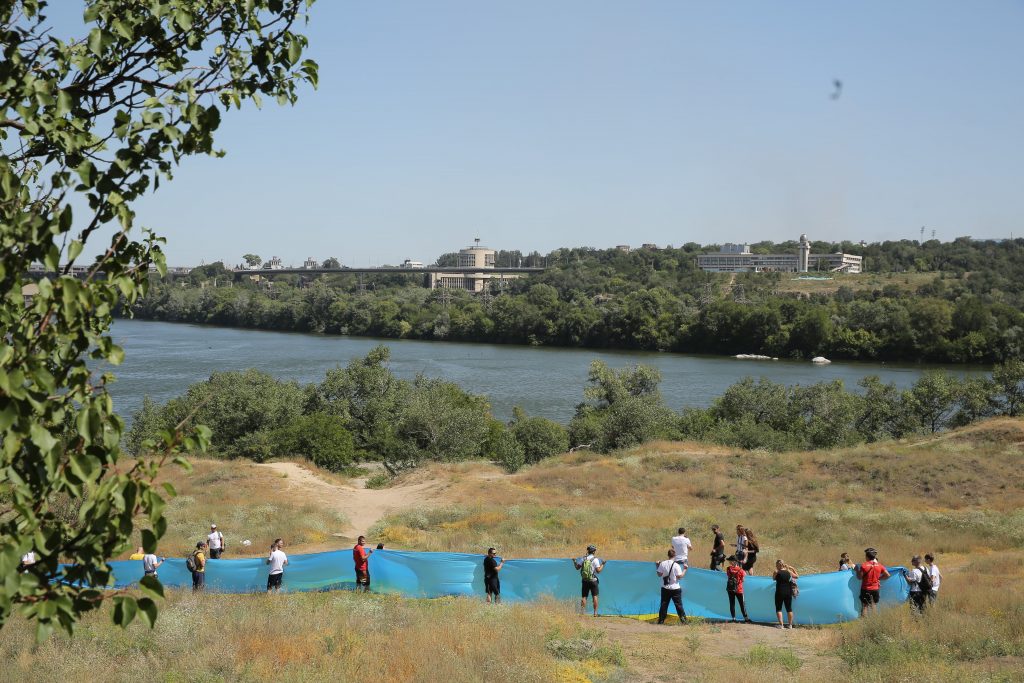 On August 24, 2018, the youth of “Zaporizhstal” held a bicycle ride dedicated to the Independence Day of Ukraine

More than 50 employees of the enterprise and members of their families took part in the patriotic bicycle ride. Participants were wearing clothes with national symbols, and their bicycles were equipped with national flags and “Zaporizhstal” flags.

Participants of the blue-yellow race started from the gatehouse of the Steel Works, reached Mayakovskiy Square, where they took part in the solemn town’s meeting, and then went to the Khortytsya Island. At the historical and cultural complex “Zaporizhzhia Sich”, young people streamed a giant sixty-meter state flag of Ukraine. Simultaneously – across the Dnipro River – other participants of the bicycle ride streamed a flag on the square near Metallurgov Park named after Satskiy. Thus, Zaporizhstal employees symbolically united the two banks of the Dnipro as a symbol of unity and independence of Ukraine.

Empathic citizens also joined to the patriotic bicycle ride and the flash mob of “Zaporizhstal” employees.

Let us recall, the patriotic campaign of “Zaporizhstal” employees has been held annually for four years. The route of the bicycle ride is more than 20 kilometers and passes through the sign places for Zaporizhzhia citizens.