In Zaporizhzhia City Met Autumn with a Large-Scale Music Festival

On August 31 and September 1, a large-scale music festival Khortytsia Freedom was held in Zaporizhzhia city. The event took place in the Metallurgical Park, where three stages are located. The general sponsor of the festival was Zaporizhstal Iron and Steel Works. 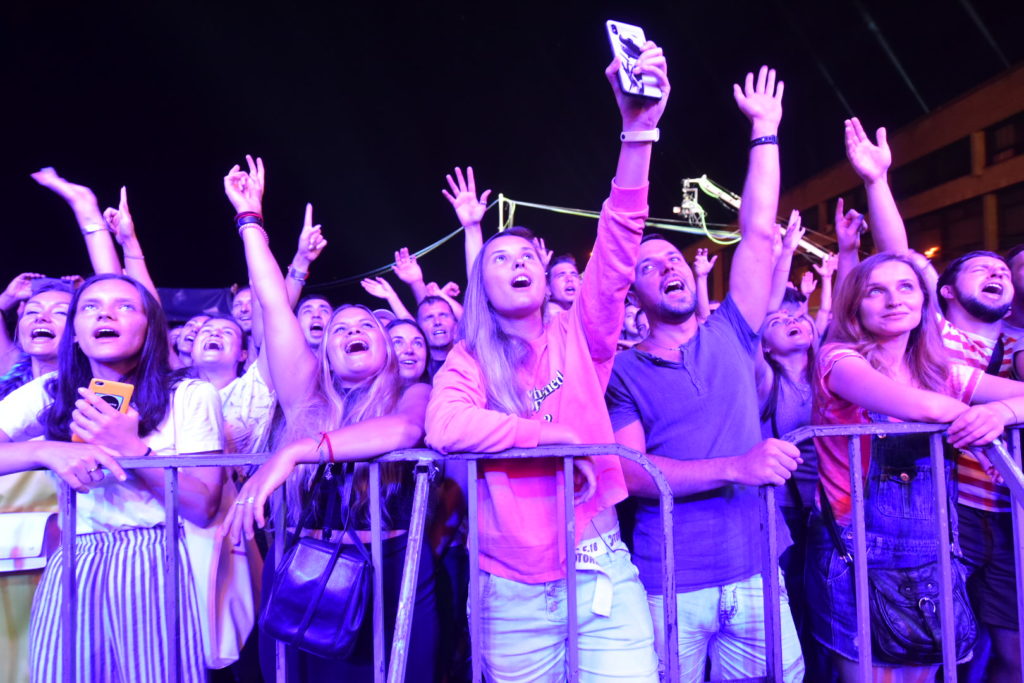 Freedom stage, Ethno stage and Wake up stage are the names of three scenes on which 36 Ukrainian musicians in various musical genres performed. The headliners of the festival were musicians: Arsen Mirzoyan, O.TORVALD, Green Gray and PIANOBOY.

Festival guests could listen to performances near the stage or on the lawn. There was also a food court in the park. For those who could not personally attend the concert of their favorite artist, there was a live broadcast of the event on the regional television channel TV-5

Festival guests shared their impressions of the event:

– This is my first time at this festival. My impressions are much better than I expected. Nice atmosphere. I have never heard of these artists before. I like this music.

– This is Great festival and my first time here. I came to listen to live performance of “O. Torvald”, I would also like to listen to “Pianoboy”. This festival impressed me with its atmosphere. It is wonderful that such events appear in Zaporizhzhia city. It is cool that the city is developing in such a direction that band many people together.

The plant regularly supports mass cultural events in the city. Earlier Zaporizhstal became the sponsor of another music festival “Zaporizhzhia Jazzy”. In the near future, the city expects large-scale sport events “Steel Cup” and “Zaporizhstal Half Marathon 2019”, which will also be held under the sponsorship of the enterprise.