Zaporizhstal improves the working life of its employees

Zaporizhstal as a part of Metinvest Group continues to implement a large-scale program “Air Conditioning” to equip divisions of the enterprise with climate equipment. In 2021, the final stage of the program started, within which about 300 air conditioners will be installed in 32 divisions of the Works. 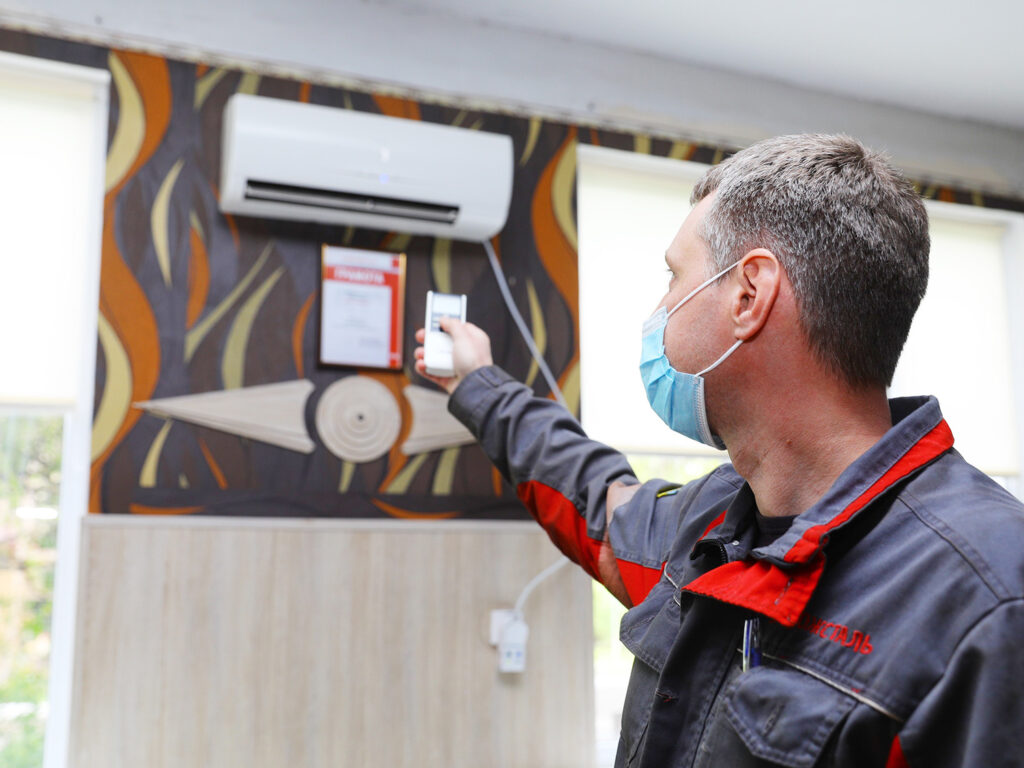 Zaporizhstal strives to create the most favourable temperature conditions both in production and in household premises by implementing the “Air Conditioning” program. In 2019-2021, within the framework of this program, Zaporizhstal allocated more than UAH 6 million for the purchase of 506 modern climate systems.

In 2021, the implementation of the program for equipping premises with air cooling systems will reach the final stage what means – 293 new air conditioners will appear in 32 main and auxiliary structural divisions: sinter, blast-furnace, blooming, open-hearth and other. Thus, each division of the Works will be fully equipped with air conditioning systems.

It should be noted that in 2021 Metinvest Group allocated 850 thousand dollars for the implementation of a large-scale program of equipping premises with air conditioners. The funds were used to purchase and install 1,500 units of climate control equipment at 17 enterprises of the company, including Zaporizhstal.

The company has been installing air conditioning systems on a massive scale since 2017, especially for the last three years. In 2017-2020, 2,700 new units of equipment appeared in the premises of enterprises. Thus, taking into account the plans for 2021, the air in the premises of Metinvest Group enterprises will cool 4,200 new air conditioners this summer. This equipment will create comfort for 34,000 employees.

From 2022, the “Air Conditioning” program will be implemented in three areas: maintaining the operability of existing air cooling systems, if necessary, updating them, as well as purchasing new equipment for overhauled premises.

In 2021, Metinvest Group celebrates the 15th anniversary of its foundation. Metinvest is an international vertically integrated mining and metallurgical group of companies. Its structure includes mining and metallurgical enterprises in Ukraine, Europe and the USA, as well as a sales network in all key regions of the world. The company controls the entire production chain – from the extraction of ore and coal to the production of semi-finished products and finished products.