On 16 November 2021, Zaporizhstal Iron and Steel Works of Metinvest Group celebrated the 88th anniversary of its foundation. On the occasion, the mill honoured its best employees and teams, and celebrated the significant date with a live broadcast on the regional television station TV5. 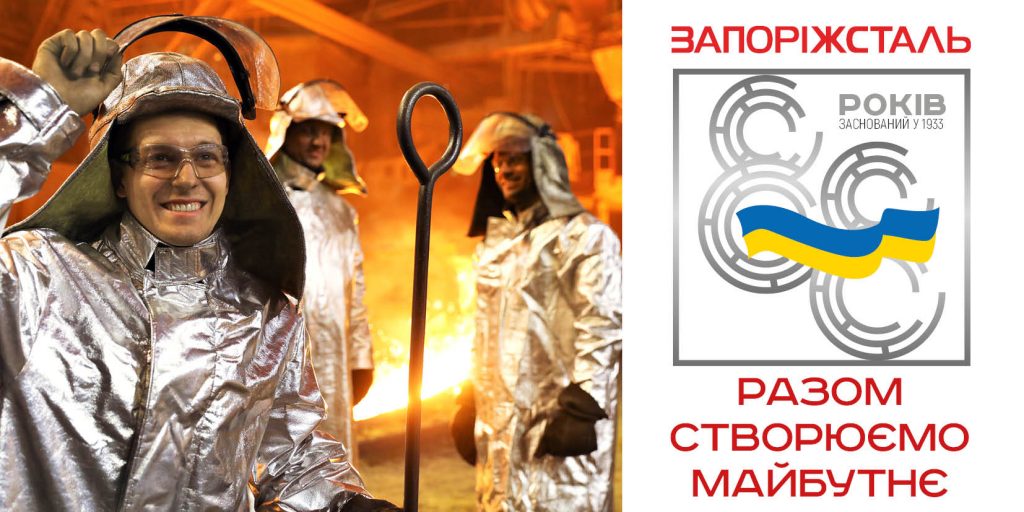 “Zaporizhstal’s holiday is a holiday for the staff of the enterprise. Professionalism, responsibility, mutual respect and solidarity help Zaporizhstal’s team resist the challenges of the time and move forward. We keep the competition on the market and upgrade our manufacturing facilities, support the country in fighting the pandemic, retain the team and implement sustainable development projects in the region,” emphasized Oleksandr Myronenko, General Director of Zaporizhstal.

The mill has held celebratory meetings of its subdivisions’ teams, awarding the best employees. Zaporizhstal’s employees received congratulations and well-deserved awards from Zaporizhstal’s General Director Oleksandr Myronenko. 48 employees of Zaporizhstal were awarded with certificates of honour issued by Zaporizhstal and Metinvest, by Zaporizhzhia Regional State Administration, Regional Council and Zaporizhzhia City Executive Committee, by Central Committee of Trade Union of Metallurgists and Miners of Ukraine and trade union organization of the mill, and with decorations “For Valorous Labour”. The award fund amounted to 217,000 hryvnias.

The teams of sinter shop, drop-hammer shop, oxygen compressor shop, cold rolling shop and combined heat and power plant were awarded with honorary certificates of Metinvest and money certificates for improvement of working conditions in their subdivisions for the total amount of 100,000 hryvnias. On the occasion of the mill’s anniversary, its veterans received payments totalling over 225,000 hryvnias.

Zaporizhstal Iron and Steel Works presented a celebratory live broadcast on the regional television channel TV5, during which the results of the second semi-final of the “Steel Talents” talent show among the employees of Metinvest’s enterprises in Zaporizhzhia were announced, and an online concert of Ukrainian music band TIK was held. The online celebration was hosted by Hryhorii Reshetnik, a popular Ukrainian TV presenter and showman.

Just to remind: In 2021, Zaporizhstal’s management company, Metinvest Group, celebrated its 15th anniversary of foundation. METINVEST is an international vertically integrated group of steel and mining companies. It comprises steel and mining enterprises in Ukraine, Europe and the US, as well as a sales network covering all key global markets. The company controls the entire production chain, from ore and coal mining to production of semi-finished and finished products.

The history of the mill, from its first blast furnace blow-up to the present day, is available in the longread “Zaporizhstal: The Big Story”.

Previous Post
Rinat Akhmetov for Children. I Can Hear Now: Helping little Mark from Bakhmut
Next Post
Zaporizhstal marks the 10th anniversary of Let’s Save the Dnieper Together environmental action by cleaning up and greening up their neighbourhoods