Since 2017, PJSC Zaporizhstal of Metinvest Group has been implementing a program to remotorize its locomotive fleet. For five years, the Works has upgraded eight locomotives, allocating about UAH 100 million for these purposes. 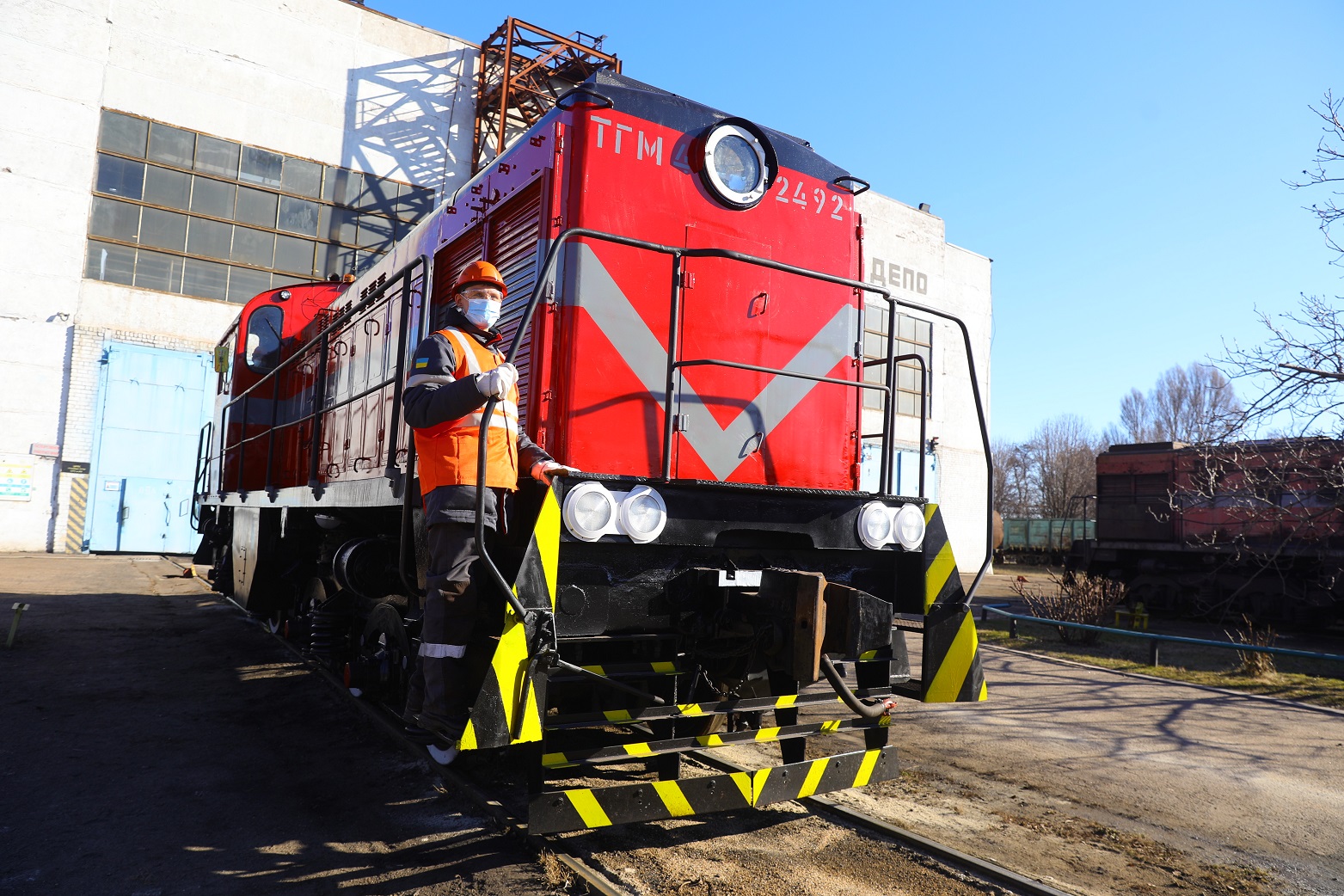 The program for remotorization of the railroads rolling stock of the enterprise has been implemented at Za-porizhstal since 2017. During this time, the Works, in partnership with specialized diesel locomotive repair enter-prises, has overhauled six diesel locomotives of the ТГМ4 and ТЭМ2 series.

Two more shunting locomotives were remotorized without the involvement of third-party organizations, on the basis of the locomotive depot of the enterprise by specialists of Zaporizhstal railway department. Remotorization of diesel locomotives on its own can reduce costs by 15%.

All modernized locomotives received a modern Cummins engine (USA), a new hydraulic transmission, wheelsets, and an updated brake system instead of a standard diesel engine. An integral part of the remotorization is an in-crease in the comfort of the drivers: refrigerator, microwave oven and split system are installed in the cab.

The remotorization of diesel locomotives has a proven effect: traction characteristics have significantly increased on the updated machines, while fuel consumption has been reduced by 12%, engine oil consumption – up to 60%. This made possible to significantly reduce the concentration of CO and nitric oxide in the exhaust gases.

The project of systemic remotorization of diesel locomotives with an environmental component is included in the list of additional obligations of the enterprise to reduce the technogenic load, established in a memorandum be-tween the Zaporizhzhia Regional State Administration and PJSC Zaporizhstal.