On September 11th-12th, a field module on “Metallurgy” of the Stem is Fem educational project was held at the Joint Action Platform hub in Zaporizhzhia. The aim of this programme is to motivate girls to choose a STEM profession, i.e. related to science, technology, engineering or mathematics. 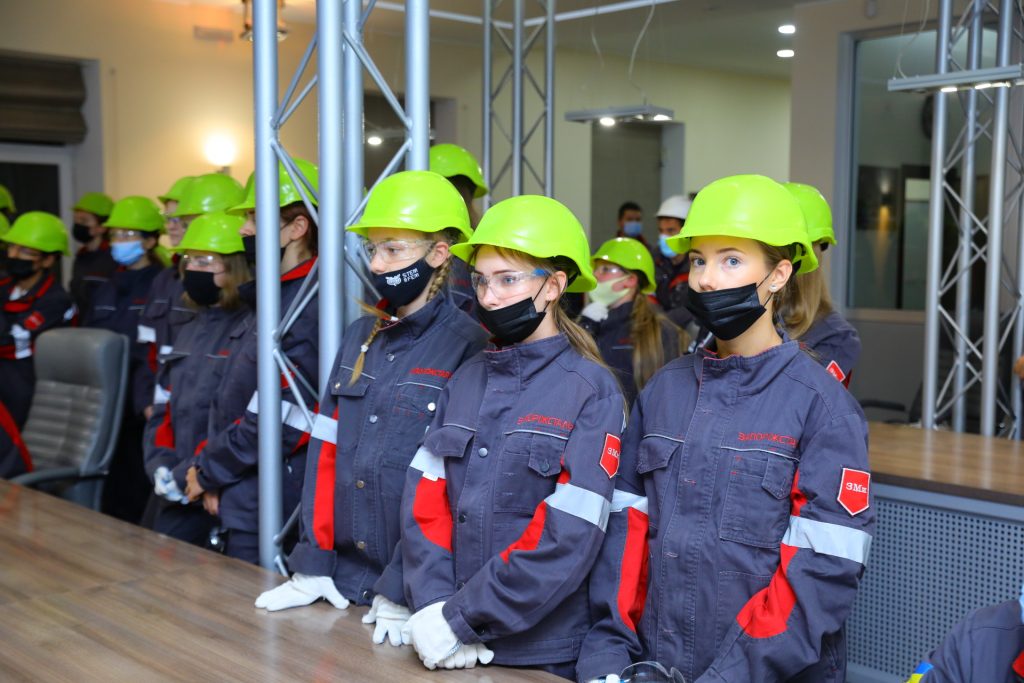 Yuliya Dankova talked about the kind of women who work at the international mining and metals Company and gave some advice to the participants.

“All this rhetoric about women not belonging in technical professions is just a stereotype. There are already women in the world who run steel companies. In Romania, a woman has recently become the general director of a metallurgical enterprise. Yes, it’s not common yet, there are still many stereotypes, but you are modern, you know a lot, you read, you communicate with different people, you should not pay attention to this,” Yuliya Dankova addressed the participants.

“Zaporizhstal is not just production, it is a big territory of opportunities for young people. There are many youth programmes at the steelworks, covering both students in training and young workers who have recently been hired. One of the interesting programmes, which I like very much, concerns mentoring. That is, when a young employee joins the steelworks, they are assigned a mentor who accompanies them for about a year or two, depending on the profession chosen. This is very convenient, because an inexperienced person has someone they can rely on in a large company,” said Natalya Mikhaiskaya.

In addition to lectures, workshops and a board game about metallurgy, which was offered to the schoolgirls, girls also completed a competition task. Contestants received valuable prizes for winning the competition. Another surprise for the schoolgirls was an excursion to Zaporizhstal, where

they saw the steelworks’ main control room, learned about all stages of steel production, saw with their own eyes how steel coils are rolled in the hot-rolling shop and saw the environmentally friendly pickling line NTA-4. The schoolgirls distinguished themselves for their inquisitiveness and were not afraid to ask questions. Specialists of the steelworks had to explain many production aspects: from the need for refractories in a blast furnace to the recycling of water at NTA-4. 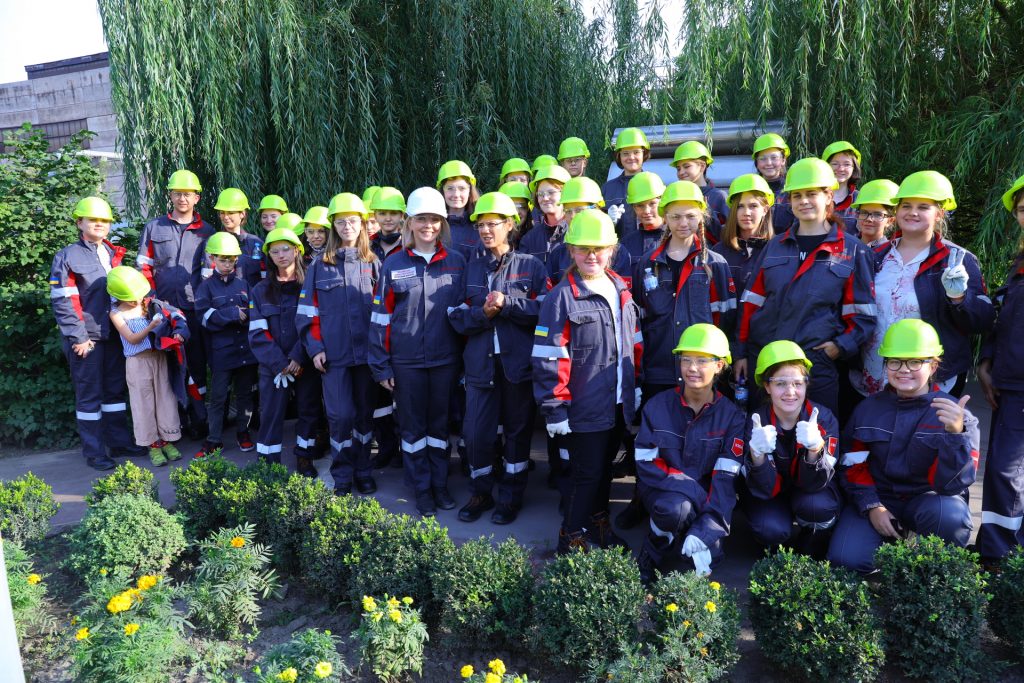 “I am thrilled with this large-scale project. I didn’t expect to see what I saw during the tour – I learned about the different ways of steelmaking. I used to think that metallurgical production was not so large-scale and looked different. It’s all new to me,” said Taisiya Sladkaya from Kyiv region. “The control room, which looked mega-innovative, was very striking. I didn’t expect the plant of fairly respectable age to have such new units and workshops. Metallurgy, as it turns out, is a very interesting field. I went here for this module precisely to learn something new, and it is a cool opportunity for which I thank Metinvest. Now I’m thinking about where I’m going to study, looking at new areas for myself, maybe I’ll go into metallurgy as well.”

The module was held in partnership with Metinvest and NGO “Zaporizhzhia. Joint Action Platform”. It is a continuation of the partnership aimed at fighting stereotypes. In June, the exhibition “Science is She” was launched at the Joint Action Platform hub. Five contemporary Ukrainian illustrators drew portraits of 12 prominent Ukrainian women scientists, and then girls from all over Ukraine took part in an essay contest about women scientists. The opening took place as part of the Steam Camp educational leadership programme for teachers.

Previous Post
“Zaporizhstal” renovated its fleet of specialized vehicles to the amount of UAH 29 mln. in 2021
Next Post
The Rinat Akhmetov Foundation urges Ukrainians to Join #Oneday2014 project