Production line CPL-4 of “Zaporizhstal” Integrated Iron and Steel Works, constructed and put into operation in 2014 in compliance with European emission standards, was recognized the best industrial facility according to the results of the All-Ukrainain contest of buildings and structures erected in 2014. The All-Ukrainian contest was organized by the State Architectural and Construction Inspectorate of Ukraine (GASK).

An award was handed out to “Zaporizhstal” Steel Works for construction of the continuous pickling line (CPL-4) in Cold Rolling Shop No. 1 at the official ceremony of awarding GASK contest winners, which was held in Kyiv on the 7th of August, 2015. The new line of the Works was recognized as the largest industrial facility among 40 industrial structures, erected over the whole territory of Ukraine in 2014. 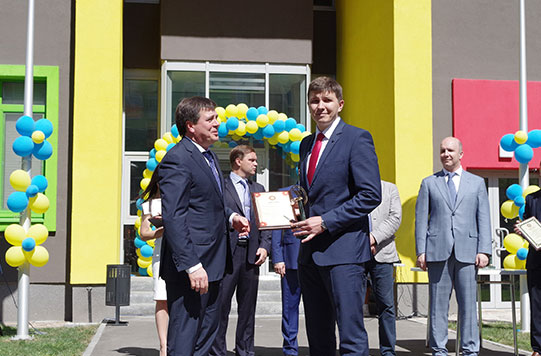 “Ukrainian enterprises, investing in construction of its facilities, are at the same time investing in development of the country. For instance, “Zaporizhstal” lets society and city residents see that it cares about them. Such enterprises are not only paying taxes, but are also providing for life and development of the cities in which they are situated. Nowadays it is important to support metallurgical industry, which is kept under pressure and has problems with supply of raw materials, so that it can continue operating and creating new jobs,” pointed out Vice Prime Minister, Minister of Regional Development, Construction, and Housing and Utilities of Ukraine Hennadiy Zubko.

Active phase of CPL-4 construction began in January of 2014, and the line was put into operation in the end of October of the same year. The new hydrochloric-acid pickling line is an industrial facility which is unique in Ukraine. It has full automation of production, which eliminates human factor in equipment operation. CPL-4 output amounts to 1350 thousand tonnes of pickled metal per year. 3.5 thousand tonnes of steel structures, 13 thousand m3 of concrete and 30 km of cable products were used in construction of the line. Industrial structures area is equal to 1.45 ha, green area – to 2.5 thousand m2. Cost of the line amounts to about UAH 762 million.

CPL-4 operates in compliance with European emission standards: sulfuric acid vapour emissions have been reduced by 83%, and discharge of industrial wastewater from the Cold Rolling Shop into the Dnipro River has ceased completely. 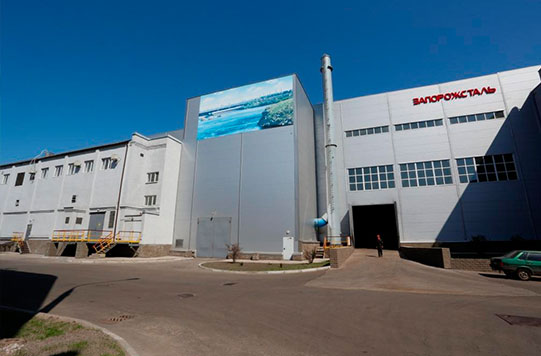