A meeting at the reconstruction facilities of the Khortytsia island 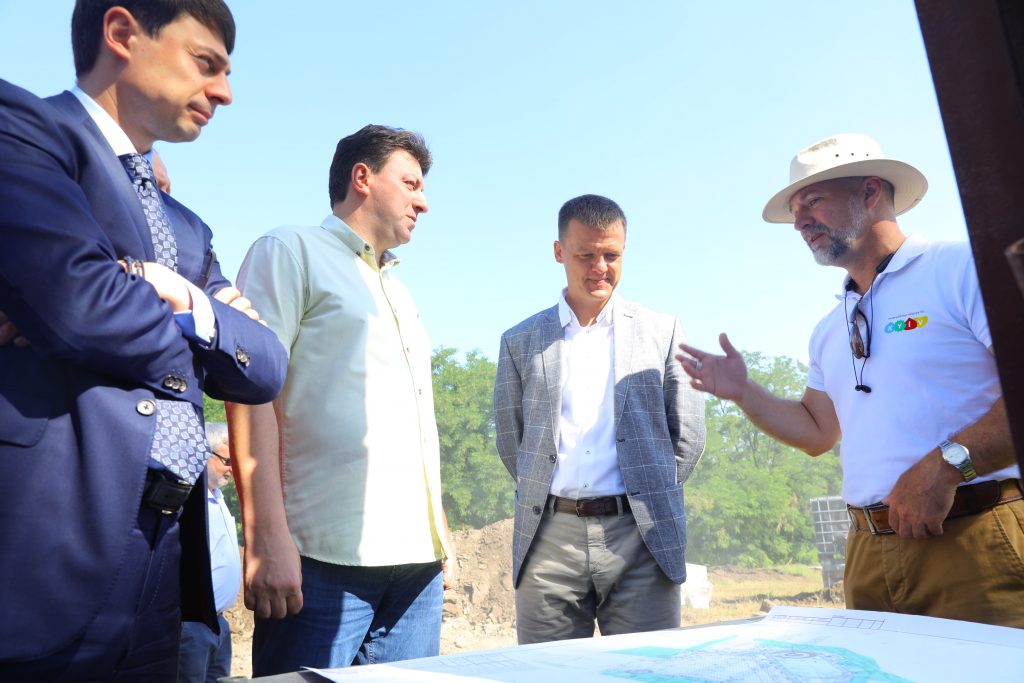 The members of the meeting visited the construction site at the Cossack Circle, where is ongoing refurbishing of the grounds, pedestrian walkways, engineering networks, and additionally they checked the progress of the works at the roof of the Zaporizhya Cossacks History Museum, and on the hill near the museum, where new less steep paths are currently being created. The entire project, being a part of the “Big Restoration”, is based on the principles of inclusive and barrier-free environment, giving equal access for all interested to have the most convenient visit to Khortytsia.

All those participants distinguished a dynamic progress of the works: with every day the facilities of Khortytsia look in a different way, resembling more and more the concept of the island’s transformation. The end of the restoration of the facilities is appointed to this August.

“Metinvest has created a project management office to coordinate the entire process of the island’s renaissance in order to mange this complicated process in broad daylight. Transparency of the project, involvement of the public in the development of our common treasure, i.e. the island of Khortytsia, is important for the Company. Zaporizhstal also launched a contest among the students of Zaporizhya National University (ZNU) like “Khortytsia is a dream in reality”, allowing the young generation to join the island`s transformation and become its co-creators,” – said Ale-ksander Mironenko.

We`d like to remind that Metinvest is a strategic partner of the national reconstruction project for Khortytsia, after signing a memorandum on April 23, 2021 between the Ministry of Culture and Information Policy of Ukraine, the Regional State Administration of Zaporizhya and Zaporizhstal.

Metinvest Group is going to celebrate its 15th anniversary in 2021. Metinvest is an international vertically integrated group of steel and mining companies. It comprises steel and mining enterprises in Ukraine, Europe, and the U.S., as well as a sales network in all key global regions. The company controls the entire production chain from the ore and coal mining to the production of semi-finished and finished products.

Previous Post Since April 2021, “ZAPORIZHSTAL Iron and Steel Works” of Metinvest has delivered 800 tons of medical oxygen to Ukrainian hospitals Next Post An educational project STEAM Camp dedicated for the teachers of the exact sciences has been finalized in Zaporizhya