At the end of May 2016 PJSC “Zaporizhstal” filed an application to participate in the all Ukrainian competition, which was organized by the State Architectural-Construction Inspection of Ukraine (SACC). In the nomination for the best industrial building in 2015 PJSC “Zaporizhstal” presented a new industrial facility – a high-technology gas cleaning of sintering machine number №2. 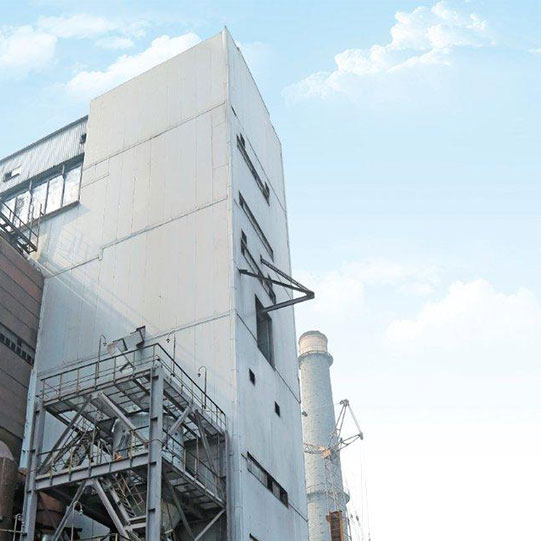 Total investments in the ecological modernization of sinter plant will be about 870 million UAH.

“The “Zaporizhstal” Steel Works second year in a row nominates to SACC competition new industrial facilities. Last year we won with the project of reconstruction of hydrochloric acid pickling line in the cold rolling department №1, this year we participate in the competition with a project of gas cleaning of sinter machine №2. The Works continuously modernizes its own production with environmental aspect”- said the director on capital construction and investments of PJSC “Zaporizhstal” Alexei Lebedev.

The complex of gas cleaning plant of sinter machine № 2 includes equipment of Ukrainian and foreign manufacture, including equipment manufactured by company REITZ (Germany). Within the framework of the project two bag filters, draft equipment consisting of axial fan, smoke exhauster and exhaust blower were installed. Installation of new gas cleaning equipment on sintering machine №2 was held in conditions of existing production in a short time – just 8 months. The total building area is more than 1 thousand square meters. During modernization 1,200 tons of steel constructions were installed, 210 m of gas ducts were built. The investment amounted to about 100 thousand UAH.

The competition results will be known in August, 2016.