Food packages will be prepared from this delivery at the Rinat Akhmetov and Vadim Novinsky large-scale humanitarian aid distribution center operating on the basis of Zaporizhstal, Metinvest. 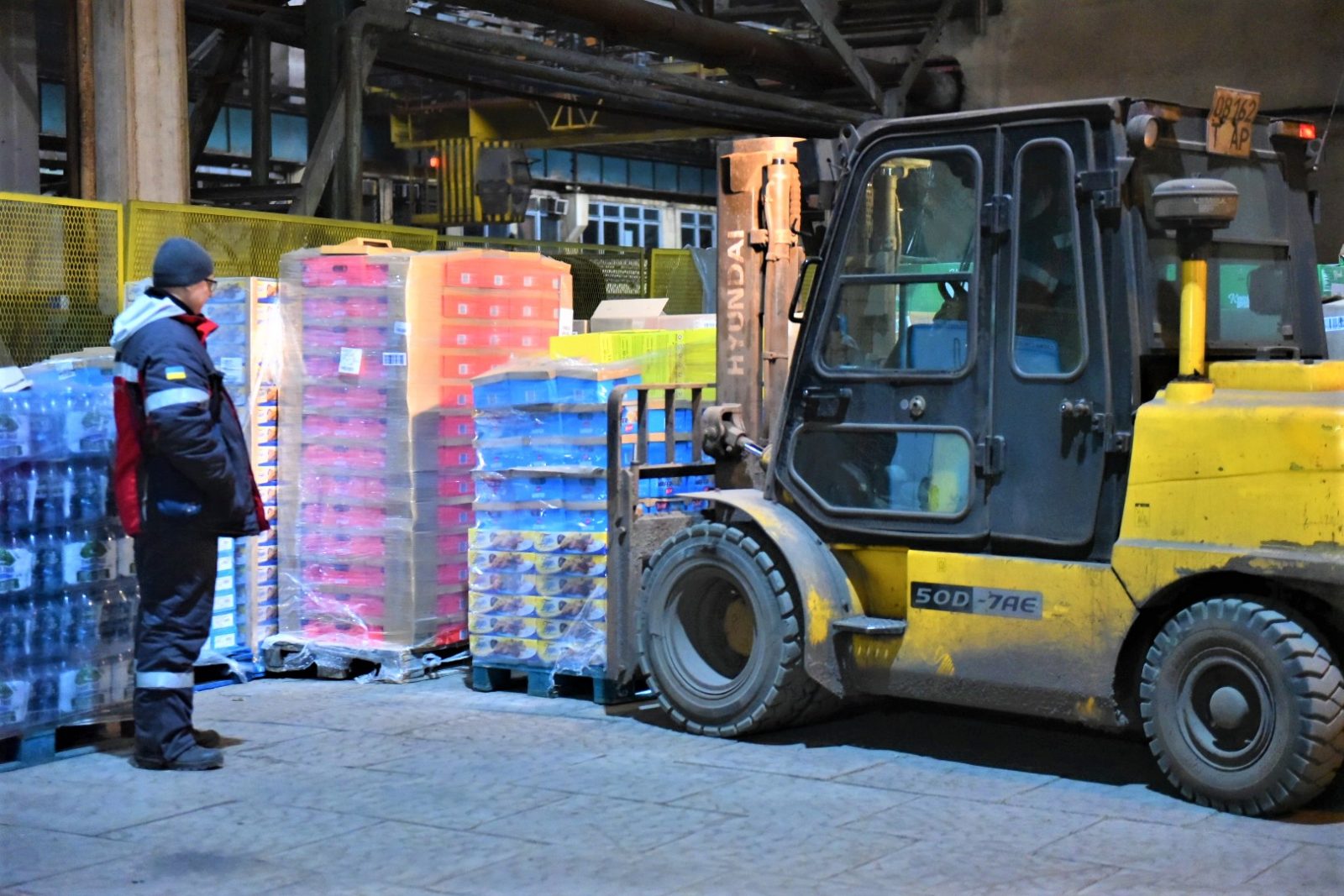 The four railcars that made the long journey from the international hub specially created by Metinvest in Poland delivered provisions intended for food packages to Zaporizhzhia. This is about 80 tons of products. Tomorrow, the distribution center will begin to form food packages for the cities most affected by the Russian aggression.

“The businesses of Metinvest and DTEK jointly with the Rinat Akhmetov Foundation, created the Humanitarian Headquarters “Save Life”, the purpose of which is to prevent a humanitarian catastrophe in Ukrainian cities. Today, we are unloading the products and placing them in the distribution center. Tomorrow, more than 200 volunteers, who are the company’s employees, will begin to prepare food packages that will save thousands of Ukrainian lives. We combine our efforts to provide support to everyone who needs it today,” said Alexander Mironenko, head of the Metinvest Humanitarian Mission Coordination Center in Zaporizhzhia, director general of Zaporizhstal.

On the basis of Metinvest Poland, a transshipment hub has been set up, where the business accumulates humanitarian aid from different European countries – Romania, Germany, the Netherlands, the Baltic countries and Poland. From there, aid is sent to Ukraine and sorted at a humanitarian centre established in Zaporizhia. On the basis of the center, a conveyor for manual packaging of food has been organized. Thanks to the coordinated actions of all the volunteers of the Center, up to 10,000 vital packages are formed per day. The package will include cereals, pasta, water, canned food, condensed milk, oil, sugar, and instant soups and noodles.

Since the beginning of the war between Russia and Ukraine, the Rinat Akhmetov Foundation jointly with SCM businesses have granted more than UAH 600 million in aid to Ukraine and Ukrainians. The main directions of the Humanitarian Aid Foundation are provisions and medicines. The Foundation is donating 200,000 food packages and 500,000 medicine items to Ukraine. A program to help injured children has also been reopened. During the 16 years of its operation, the Rinat Akhmetov Foundation has helped 8 million people survive, of which 3.5 million were saved in the Donbas.