A NEW PLAYGROUND FOR EVERYONE’S JOY!

In Shevchenkovskiy district, a new sports and recreational area for children has appeared. Activists of the charitable foundation “Lebediya” and local residents equipped with their own hands a real children’s complex, where at any time of the year it will be comfortable for both children and adults. That became possible due to the financing of Zaporizhstal, in the amount of UAH 100 thousand within the framework of the contest “We are the city”. 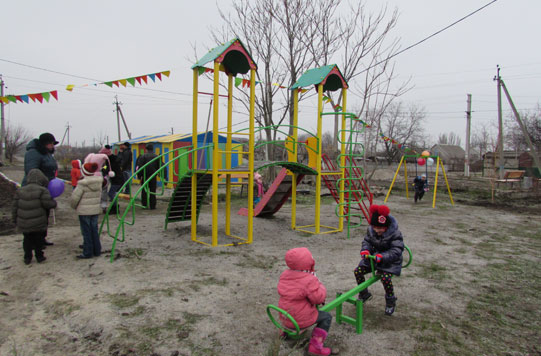 In our region, there was no place to walk with children, – said Natalya Chilikina, who brought up children at  Levanovskiy area, and her grandchildren are growing up. For all 30 years, such a great park opening happened for the first time. It was a real big day for us. I would like to say thanks to all people who took part in creation of that playground! 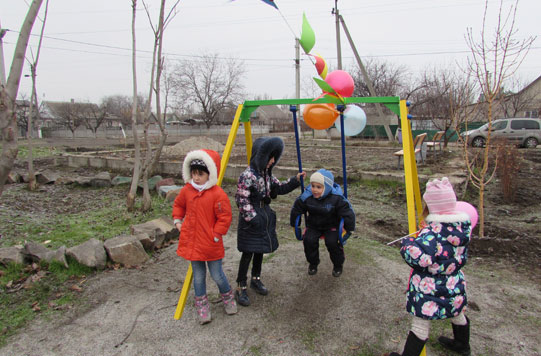 In the framework of the project, the kids were gifted with a leisure complex with swings and slides, and  the senior fellows – with complex for active games. A mini-field was arranged in the playground, where it is possible to play football and basketball. In winter period, the field won’t be  vacant – the local residents want to turn it to ice-rink. 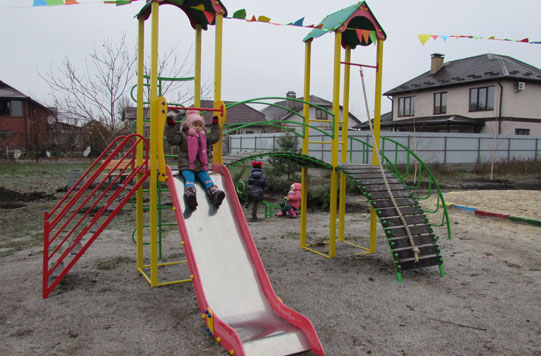