«Your super profession»: Rinat Akhmetov Foundation has Released an Educational series for Teenagers

For children who face a difficult life path, the Rinat Akhmetov Foundation is launching a new educational series “Your Super profession”. 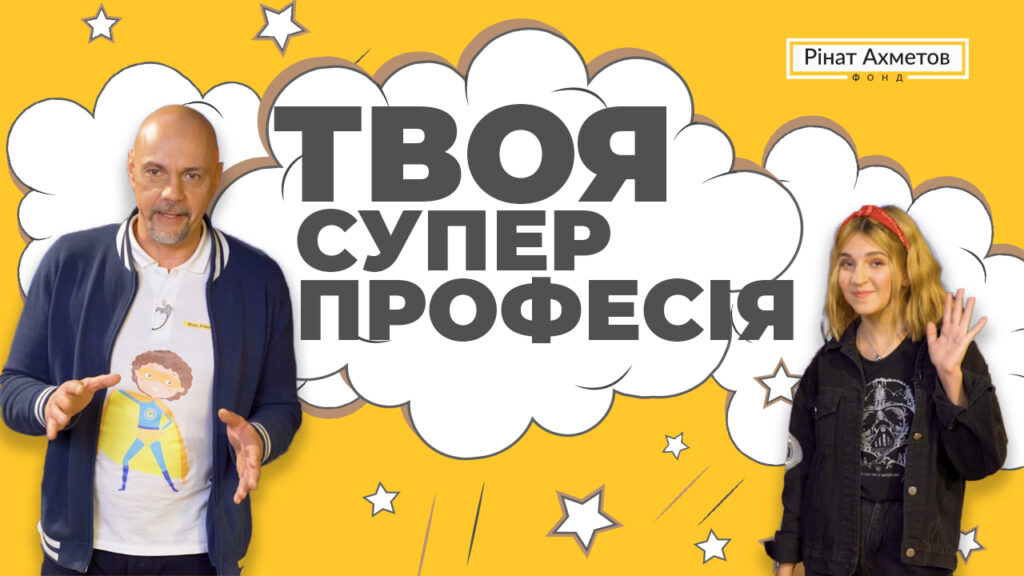 – The series presents professions that can provide a quick social lift for teenagers who have already thought about choosing their life’s work. This series is intended to help you get a job in order to start supporting yourself in the first years of an independent life, – says Oksana Ishchuk, project and program manager of the Rinat Akhmetov Foundation.

The series “Your Super profession” was filmed as part of the project “Rinat Akhmetov – For Children. Your super power”. This is a series of motivational meetings of famous and successful people with boarding school pupils. The goal of the project is to help children who find themselves without parental care to discover the talents that will allow them to be successful and happy. In fact, the series is a new, remote project format. “Your Super profession” is primarily aimed at children who need to put in more effort in this life in order to become successful.

–- This is a series for children who do not have the opportunity to study at a university or college. They suddenly find themselves face to face with the adult world, and not everyone can get on their feet. The series “Your Super profession” will tell you how to quickly and free of charge acquire skills in demanded professions and undergo internships with good masters,” adds Oksana Ishchuk.

The hosts of the project were the ambassador of the Rinat Akhmetov Foundation, famous TV presenter and actor Andrey Debrin and Yunona Zagnitko, a girl from a family of settlers from Donbass. Among the professions that will be told to the audience are hairdresser, blogger, photographer, fitness trainer, journalist, video editing director. This is the top professional preference of boarding school pupils, which was determined during the questioning of the participants of the project “Rinat Akhmetov – For Children. Your super power.” The heroes of the series – representatives of the professions talk about their path to success and share useful life hacks.

In the description of each series, there will be many useful links that will help you not to make a mistake in choosing a profession. These are special tests that reveal a teenager’s predisposition to one or another business, and a list of educational institutions where you can get a profession, and an action plan that will help you independently go from the question “Who to be?” before the first working day.

You can watch the series by following the link.

Within the framework of the project “Rinat Akhmetov – For Children. Your superpower”, since December 2018, 10 ambassadors of the Rinat Akhmetov Foundation held 41 motivational meetings in 9 boarding schools in Donetsk region, which were attended by 1,065 children. 19 children from boarding schools in Donetsk region were awarded 18 motivational gifts.

Previous Post
Zaporizhzhia Enterprises of Metinvest Handed Over Gifts for 7300 Children of Employees for the New Year
Next Post
2020 at “Zaporizhstal”. Results of the Year