Today, in the run-up to the International Day of Peace, the Rinat Akhmetov Foundation launches an online project, “One Day”. It has been organized in the frame of “Civilian Voices. One Day” project which is a part of a nation-wide project, “Museum of Civilian Voices” of the Rinat Akhmetov Foundation. Its aim is to collect and keep eyewitness testimony of the day when the war broke out for them. 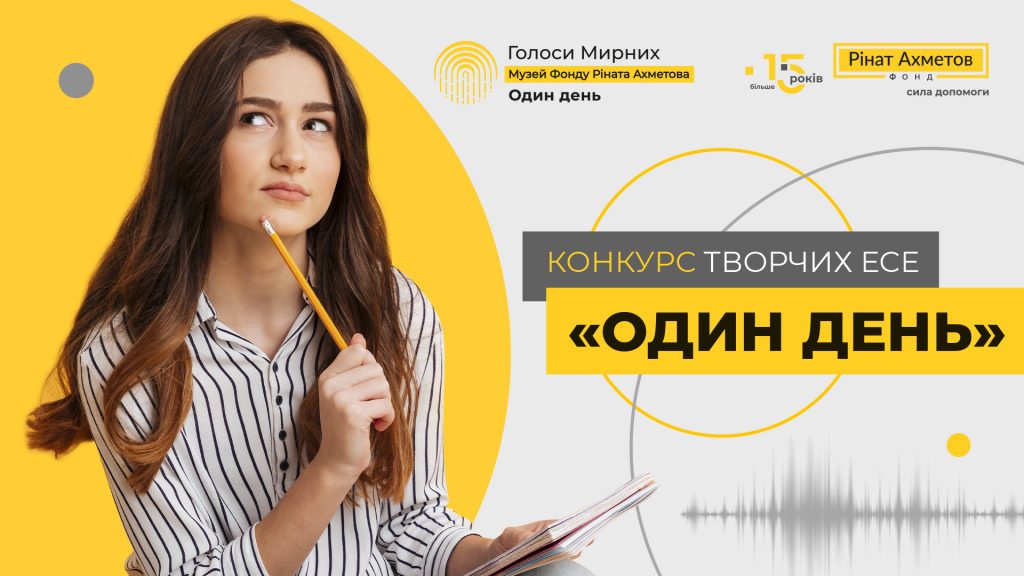 “It is extremely important for the Rinat Akhmetov Foundation to record and keep the stories told by the people of Donbass to make sure such human tragedies never happen again, for the sake of the better future, for the sake of peace. Why is it important? Firstly, it is important for every Ukrainian affected by the war. Because to pour, cry and whisper the heart out is an essential part of therapy, dealing with the trauma of war. Secondly, it is absolutely necessary for us as a nation, as a state, to work with the memory of this tragedy. Without such work, we, as a society, carry with us the pain and mistakes of the past into the future and lose the chance for a better future”, Natalia Yemchenko, the member of the Supervisory Board of the Foundation points out.

The Rinat Akhmetov Foundation calls the people to post texts, photos or videos with their memories of the day and the circumstances under which they realized that the war had started in Donbass. Such publications can be posted in social networks with an indication of the project hashtags #Oneday2014 (#Одиндень2014), #CivilianVoices (#ГолосаМирных), #TheRinatAkhmetovFoundation (#ФондРинатаАхметова).

You can also invite your family, relatives and friends to share their versions of #Oneday2014. Even if this memory is to comprise but a few words or phrases, even if it’s just a date and you think there is nothing special in it, please, tell us this story. Because there are no insignificant stories for #Oneday2014 project – each of them is important, priceless and absolutely unique. All the project terms and details can be found on the portal of “Museum of Civilian Voices”.

The project will be started in the course of the Civilians Week the Rinat Akhmetov Foundation organizes in Ukraine for the fourth time to draw public attention to destinies of the civilians whose lives were divided into “before” and “after” by the war.

Museum of Civilian Voices of the Rinat Akhmetov Foundation is a space where the people of Donbass are able to tell their stories without fear and beyond reproach.

To tell the story and thus free themselves from the burden of silence and allow the people worldwide to understand and feel with their hearts all the pain of the civilians who suffered the war. The aim of the Foundation is collect 100,000 testimonies of the Civilians by 2025.