Rinat Akhmetov to Children: A years-long tradition of giving kindness and joy for the New Year’s holidays

Rinat Akhmetov to Children is a personal initiative of Rinat Akhmetov, which first started over 20 years ago. Over the years, its format has varied, but its purpose and philosophy of giving warmth and care to children have persisted. The longest and biggest New Year’s charity tradition began on 16 November 2001. Back then, Rinat Akhmetov visited the boarding schools and children’s homes for the first time and saw how children were waiting for a wonder. 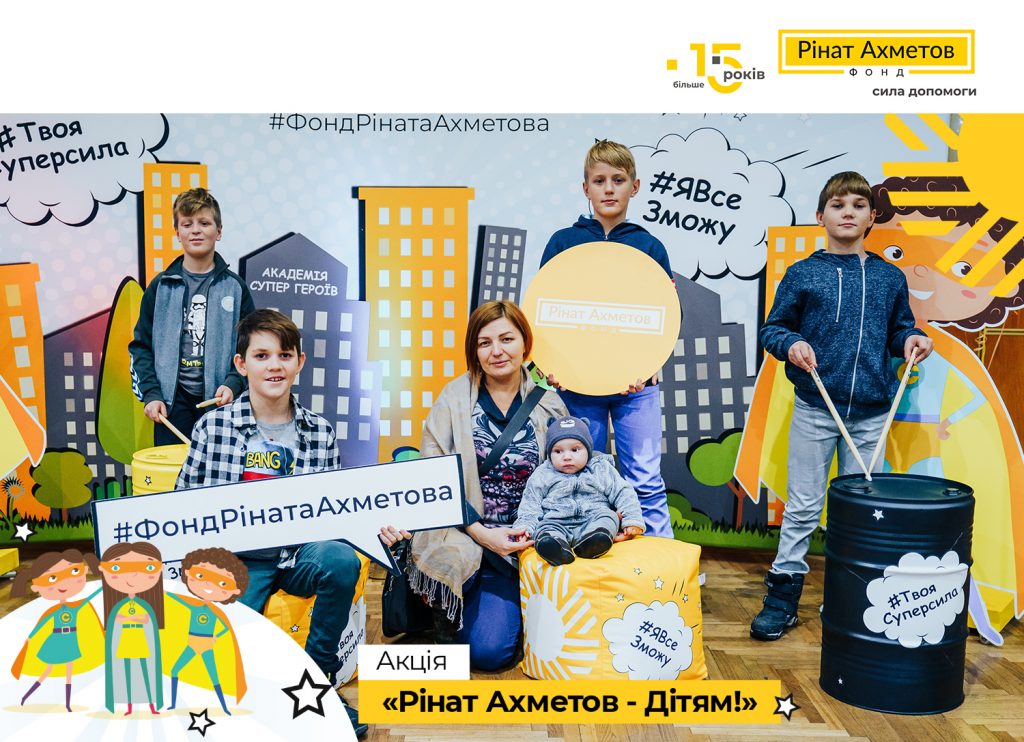 “Helping people in need is not something you can do later. We have been so long accustomed to the idea that children are our future that we really believe in it. But it is not quite like that. Children are our present, and it’s us who are responsible for the future, their future,” said Rinat Akhmetov, the initiator of this charitable project and Founder of the Rinat Akhmetov Foundation.

In the last 14 years alone, around 1,000,000 children received presents from Rinat Akhmetov. Furthermore, all those years the project has been consistently providing an extensive year-round help to the boarding facilities and the children living there.

“Rinat Akhmetov to Children initiative focuses on children deprived of parental care. It is crucial to help children unlock their potential and give them faith that they can achieve their goals and change the world for the better,” says Iryna Blazhan, Projects and Programmes Director of the Rinat Akhmetov Foundation.

This year, in the lead-up to the New Year’s holidays nearly 100,000 children will receive presents and greetings from Rinat Akhmetov. In addition to the presents, children in Mariupol will enjoy the New Year’s festivities and other pleasant surprises. A mother of a large family Natalia Sydorenko always brings her sons and daughters to the festivities organised as part of the Rinat Akhmetov to Children initiative.

“It has become one of the New Year’s traditions for us. We have developed a holiday routine that has not changed for several years now: decorate the Christmas tree, serve a festive meal, visit festivities made possible by Rinat Akhmetov,” she shares. 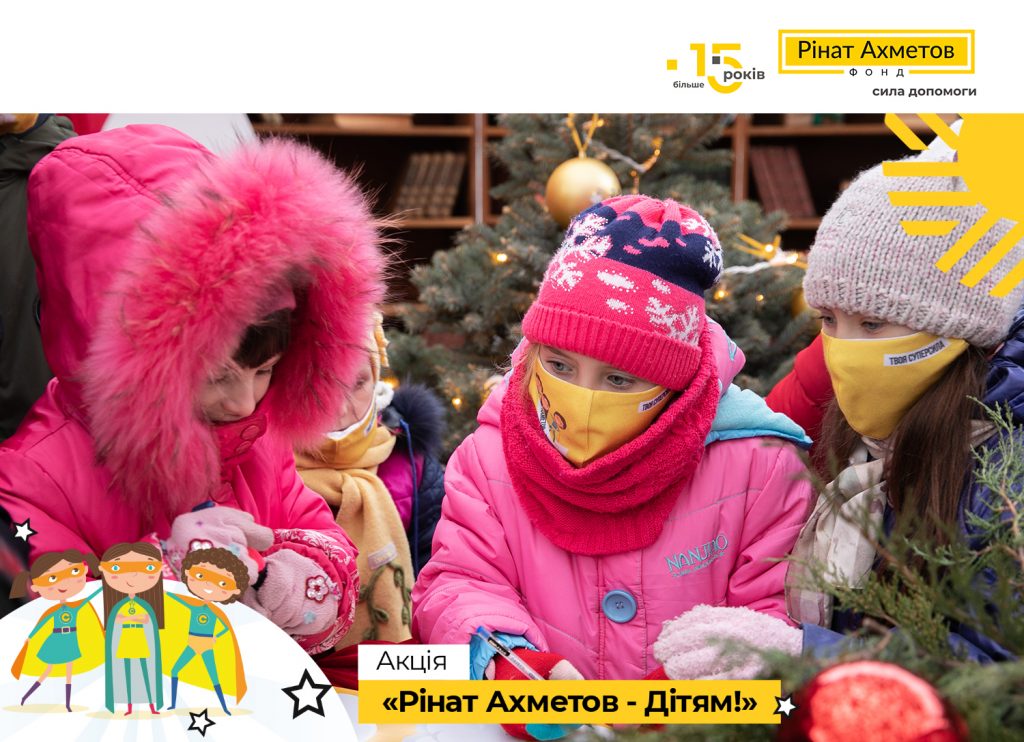 In December 2018, the initiative was expanded with a new event format, motivational meetings with teenagers, which evolved into a unique project Rinat Akhmetov to Children. Your Superpower. Children from five boarding facilities in Donetsk Oblast explored the values, learned to find their calling and discover their talents. They found out how to choose a profession, took career aptitude tests, tried themselves in five popular and sought-after occupations.

This year the Rinat Akhmetov Foundation plans to hold live online motivational meetings as a blitz lesson called Your Superprofession, welcoming teens from all-over Ukraine. The schoolchildren will meet the prominent professionals from popular fields and learn what to do and which occupation to choose in order to make the most of their talents and become successful and happy.

Also, the filming for season two of Your Superprofession series starts very soon. The series is essentially a new remote format of the project, which is primarily oriented towards teens who have to work hard to unleash their potential in the professional environment.

Previous Post
Ask a Doctor: COVID-19 and the cardiovascular health
Next Post
Museum of “Civilian Voices” of Rinat Akhmetov Foundation “I want to believe that one day everything will change” – the story of Natalia Filonenko