On The Threshold of the Second Wave: State Hospitals Continue to Receive Aid from the Rinat Akhmetov Foundation

Almost 100,000 Ukrainians have been infected with the coronavirus since the beginning of the epidemic. Terrible statistics went down with the beginning of summer, but now it seems that the virus has become active again. 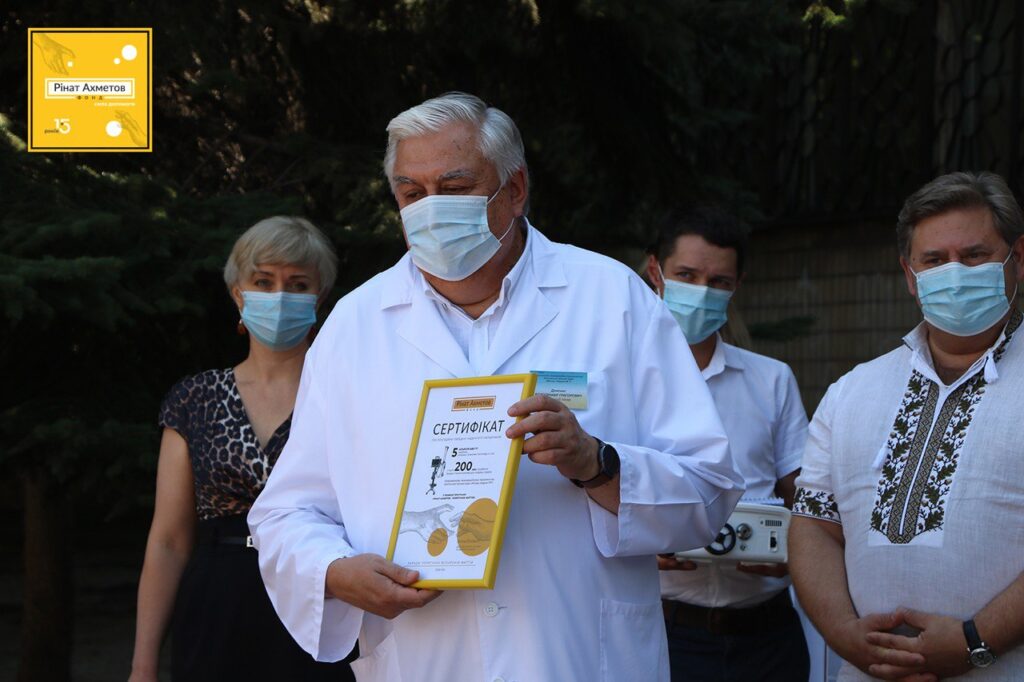 “We understand that we are waiting for the second wave of coronavirus and we need to be prepared for it.”, says Deputy Minister of Health of Ukraine Yaroslav Kucher.

The other day, the official visited Dnipropetrovsk region with an inspection. The region is among the relatively safe ones in terms of COVID-19 distribution. According to the number of cases, it is in the second ten of the unspoken rating of regions, but everything can change at any moment. Doctors at state hospitals say that they are ready for the complication of the epidemic situation. Their confidence is based on the support provided by big business. 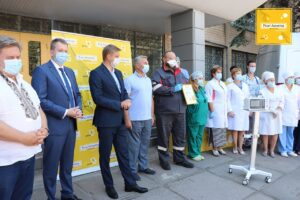 “The Rinat Akhmetov Foundation has been helping us since the first days of the epidemic. Today, we have almost as many new ALV devices as the old ones. We hope that they will not be used, but if such a need arises, we will be able to help patients.”, said Volodymyr Dyachenko, Chief doctor of Kamianka city hospital No. 7. This medical Institution received five high-quality artificial lung ventilation devices from the Foundation. The transfer of equipment took place within the framework of the project “Fighting COVID-19 in Ukraine”, which became part of the large program “Rinat Akhmetov – Saving lives”.

The Foundation purchased and provided doctors with rapid tests for determining coronavirus, personal protective equipment for doctors, and PCR analyzers. However, the main medical necessity were ALV devices, which help to save lives with severe complications from infection. 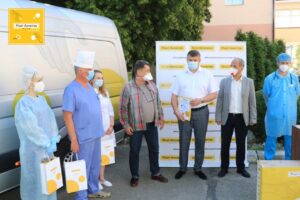 “If you do not transfer to apply a ventilator to the patient who requires it, he will definitely die. The patient will die within a very short period of time.”, said Professor Yurii Kuchin, First Vice-rector of the Bogomolets National Medical University.

Natalya Yemchenko, a member of the Supervisory Board of Rinat Akhmetov Foundation, noted that all the main hospitals in Ukraine would receive new batches of equipment from the Foundation during autumn:

“Rinat Akhmetov was the first to help the country when he allocated 300 million UAH for the purchase of the most necessary medical equipment and supplies. The scale of assistance is unprecedented, and the project “Fighting COVID-19 in Ukraine”, in fact, has affected the overall level of quality of medical care in the country, which has significantly increased. The work is ongoing. 98 more ALV devices of the highest class are being prepared for transfer to doctors.” 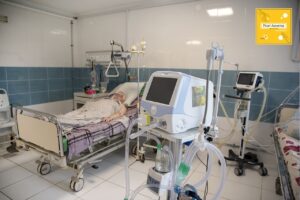 “The situation with the coronavirus remains difficult, so logistical support is extremely necessary. We thank the Rinat Akhmetov’s Foundation for help, because ALV devices are needed.”, said  Ivan Krasiuk, the acting Director of the Central regional hospital of Kalush. The doctor’s words are confirmed by statistics: in Ivano-Frankivsk region, more than 40% of hospital beds are filled, and more than 6000 patients are in medical institutions in the region. There are no available places in the intensive care units at all. ALV devices from the Rinat Akhmetov Foundation help fight for the lives of patients in serious condition. The region received 15 units of this equipment from the Foundation. 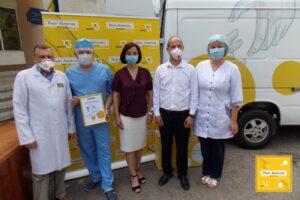 “WHO predicts a second wave of the epidemic. Therefore, we need to pay attention to providing ALV devices. Thanks to the Rinat Akhmetov Foundation for providing such much-needed assistance. The Foundation was with us at a time when it was hard for us. Thanks to these devices, those patients who continue to enter hospitals will receive assistance. Such high-tech equipment is very necessary for medical institutions that were the first to protect people’s health.”, said the head of the Ivano-Frankivsk Regional State Administration Vitalyi Fedoriv.

“200 AVL devices” is another large-scale project of the Foundation, designed to increase the level of emergency assistance in Ukraine. Earlier, by Rinat Akhmetov personal decision, the project “200 ambulances for Ukraine” was implemented. Then, in a record-breaking six months, state medical institutions in all regions received 200 special vehicles with the most modern equipment that can overcome off-road conditions, including 22 vehicles with artificial ventilation devices for newborns. This is the largest contribution of one philanthropist to the state medicine of Ukraine since the independence of our country. Today, many of these ambulances are involved in the fight against the epidemic in all areas